In September 2016 The Gorse Boat Club was founded, with the aim of offering students across the trust the opportunity to get involved in something completely different.  Since its inception, the programme has seen hundreds of students across the trust following programmes of indoor rowing, attending competitions and developing their overall fitness levels by attending extra-curricular rowing.  In addition to this, The Gorse Boat Club has given students the opportunity to try rowing on the water and to become a part of the squad, training throughout the year with the ultimate aim of competing in national competitions such as the British Junior Rowing Championships.

In the three years following the launch of the programme and appointment of its first coach, TGBC now has two full-time coaches, Abi Finch and Ciaran Longmore, working full-time in three academies (The Ruth Gorse Aademy, Elliott Hudson College and Boston Spa Academy).  The programme has expanded across all year groups and we train six days a week.  Both coaches work hard to identify talent in the other Gorse Academies, which has led to students from The Farnley Academy and The Morley Academy also being selected to row on the water as part of TGBC.  The ultimate aim of TGBC is to facilitate as many students rowing as possible, to as high a standard as possible, leading to new opportunities and an awareness of just what is possible.

You have no events for this day

You have no events for this month

You have no events for this month

No mapped events found in this timeline

Could not find route!

You are invited to this event!
Places left: 0

Weather data is currently not available for this location

On Saturday 7 September, The GORSE Boat Club took fourteen students from across the Trust, [...]

On Sunday 2 February 35 pupils from across the trust competed in The English Indoor [...]

The GORSE Boat Club were busy attempting to row on the water.  In a week [...] 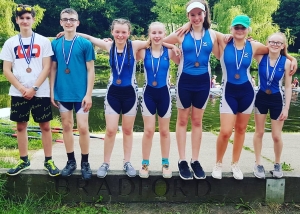 Our Year in Photos

View all media
Go to Top